MAKING REDUNDANCIES AND DEALING WITH DEBT

If you read my last post on saying goodbye to a big client and the issues that arose as a result, you’ll already have an idea of my past struggles in business. In this post, I’m going to be talking about when I had no choice but to press the ‘R’ button – making redundancies to save the business.

What’s more, I found myself in a deep hole of debt and was struggling to get back out. What happened next? Read on to find out in the next chapter of the Diary of an Entrepreneur.

Gaping hole in the business

One thing in particular was having a massive knock-on effect on cashflow, and I was completely guilty of letting it get out of control.

One of our biggest clients ended up owing us £70,000. Now, we had a really strong relationship with this client and they’d given us loads of work over the years. They were clearly hitting some trialling times themselves – but for a small business like mine, £70,000 was a MASSIVE hole in the business. We were probably a year behind as a result of that lack of cash.

I genuinely believed they would catch up. I thought that one month we’d get £30,000, the next we’d get £20,000, and so on – and we could deal with that! It would improve our cashflow enormously.

But it just didn’t happen.

Expect, and be prepared for, the unexpected

I spent most of my time waiting, chasing the client, knocking on the door, pestering… but the money never materialised. The client ended up going out of business, and we ended up losing a massive amount of money. Plus – we’ve only really JUST recovered from that huge hole in the cashflow.

Another lesson learned: no matter how close you are to the client, no matter what that relationship is like – you should always expect and PREPARE for the unexpected.

I’m guilty of being too optimistic and trusting, and that’s definitely a weakness in me as a businessperson.

The silent assassin of debt

Meanwhile, the silent assassin was starting to show its face: DEBT.

We would end up on payday – my least favourite time of the month at that time – with only half of the team paid and the rest of the money still pending from clients who hadn’t got back to us yet.

You’ve also got to be careful not to come across too desperate when chasing clients. You don’t want to give away the state of the business too much, because it can be easily misinterpreted.

Probably the most stressful thing was having HMRC breathing down our necks. They don’t mess around, and you certainly don’t want to be messing around with HMRC.

At that time, we had to do what we had to do to survive and keep the wolves from the door. I never expected stress like it. When you experience debt and you go through the issues we were going through, the psychological strain is MASSIVE.

Plug the holes before your boat sinks

I literally locked myself away in my office back at home, and in hindsight, I think I was hiding. I could lose myself in my magical world where there were many solutions at my disposal and everything was going to be okay. If I sat in front of my computer, strategising, making lists and doing research, something would present itself. Right?

So, my heart was in the right place. However, I’d taken too long to act to plug the holes that were appearing in our little boat. It was time to act. I had to move and I had to move QUICKLY, because I was already months behind – and those months behind were going to have a HUGE knock-on effect for the business.

We had to go there: I had to start making redundancies.

The moment I realised we had to start making redundancies happened WAY before I actually made those people redundant. My heart jumped in and kept telling me, hang on – I can get through this.

I was trying so hard to hold on. ‘It’ll be fine, next month will work, it’ll be better, we can keep everybody in jobs’… But I had no other option.

If you took the payroll away and looked at all of the other costs, the business was actually running very efficiently. We didn’t have an overly expensive office or subscriptions – so I knew instantly that when we needed to make cutbacks, it was going to be payroll.

Ripping off the redundancy band-aid

Making redundancies was the toughest decision I’ve ever had to make, and it will always be the toughest decision in business. But it happens! It’s unfortunate, it’s not something we strive towards as business owners and it’s definitely not on my list of goals. My list of goals is to keep people in jobs, get them up to the biggest salary we possibly can, give them all the perks and give them the love of working in a business that gives back.

But the band-aid had to be ripped off. As a business owner, I have the responsibility of keeping the business alive and thriving, and sometimes you just have to swallow your pride and be cruel to be kind – including taking a couple of steps back.

Making redundancies was the best decision – and it worked! Within a few months, those redundancies we made freed up the payroll and we felt the effects of having a little bit more money to keep on top of our debt.

However, this action had a massive ripple effect across the business. It took an AGE to lift morale and turn the business around. If you start talking about redundancies, everybody’s going to be worried about their jobs. People start to look over their shoulder, and that was a difficult thing for me to deal with.

So, how did we turn things around?

After making redundancies, it was all about getting back into the business and taking control. During these moments, I’d stepped away from the business because it was too hard for me to deal with seeing the team and being reminded of the mess we were in.

So, to fix things, I became more present. I went into the office, had meetings, spoke to the team, strategised and developed. I dropped all non-essential tasks – those little jobs that I shouldn’t be focused on.

We were really on top of the debt, looking at options for reducing and controlling it and putting a plan in place.

Full focus on sales and marketing

Forget everything else – the thing that would fix everything was getting MORE SALES through the door. That was obvious!

The revenue that was coming into the business made a BIG difference. It was covering operational costs, and any surplus was going to pay off the debt. The pressure was easing.

We also increased marketing efforts – I was doing more personal brand and in-house marketing. We were increasing the visibility of the business and becoming more thought leaders in our industry, which was definitely opening doors.

Ever since, the revenue has skyrocketed. We’ve gone up and up and up each year – even doubling in one year.

Although we’re not out of the woods just yet, we’re definitely in a MUCH better position. We’re hitting what I call another ‘spike moment’ of growth in the business (read all about the first one here!), and we’re getting closer to that milestone of £1 million in revenue.

Everything that’s happened over the last few years has definitely made me stronger, and it also helps me make better decisions – FASTER. Not only that, but tough decisions when they need to be made.

So, one of the big takeaways from this experience: there will be decisions to be made and you have to make them quickly.

Having a business mentor

I’ve also got a business mentor now – someone who has run a massive agency with millions and millions of pounds in revenue, 200+ staff, been here and wears the T-shirt. He’s definitely able to put me in my place. Now, unlike before, I’ve got someone who I’m accountable to and who I can talk to – and it’s lifted a great weight off my shoulders. And that is so very important.

As you’ll know, if you’re an entrepreneur, being in business is incredibly lonely and depressing at times. So, having someone you can talk to who’s not in your business, family or friends – an outsider, almost, who’s been in a similar position – can open your eyes to things you didn’t even consider. It’s literally like therapy, and I always look forward to my conversations I have with my mentor.

I hope you’ve found some value in reading about my experience of making redundancies and fighting debt. If you’re still growing your business, it’s important to be prepared for issues like this to rear their heads down the line. If you’ve already been through it, I hope that by sharing my experience I’ve brought you some comfort!

If you’d like to continue the conversation, you can contact me here or email me direct at dannylacey@stadamedia.co.uk. 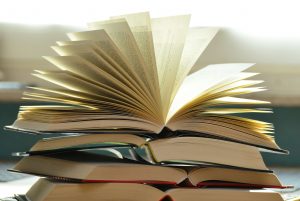